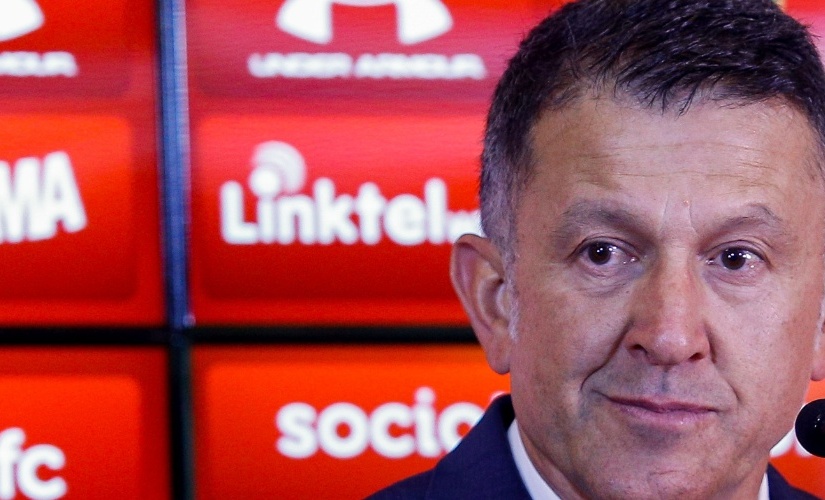 After over a month of humming and hawing, back and forth and ‘will he, won’t he?’, Juan Carlos Osorio has resigned from his post as São Paulo head coach. The Colombian will take over the Mexican national team, whose World Cup qualification campaign begins next month.

The feeling is one of a missed opportunity for Brazilian football. Having arrived in São Paulo at the end of May, Osorio has not had nearly enough time to make a lasting impression on the league.

However, Osorio’s relationship with São Paulo seemed doomed from the get go. In the space of three months, the São Paulo board sold eight of Osorio’s first-team squad, four of them integral parts of his starting eleven. From a financial perspective, the sales made complete sense. São Paulo desperately needs to raise funds to cover its sizeable debts. The problem was that Osorio was not informed about this impending exodus when he took the job. “I wouldn’t say [the board] lied to me, but they also did not tell me about this delicate financial situation the club finds itself in.”

“It was my understanding that there was the possibility of a couple players leaving,” Osorio said in July, “but not three starters* and three other important players.”

The straw that broke the camel’s back was when midfielder Souza was sold to Turkish club Fenerbahçe for R$ 28 million. Osorio personally asked the board not to sell him, claiming he was too valuable to the team, and the Colombian coach was assured the player was going nowhere. Only a few days later, Souza was on a plane to Istanbul.

Last week in a press conference, when asked if he trusted the São Paulo board, Osorio replied. “After what they did with my squad, no.”

São Paulo’s results under Osorio have been OK, though inconsistent. The quality of football, likewise. His biggest achievement has been in revitalising Alexandre Pato, moving him to the left wing and ending the eight-year experiment of playing the ex-Milan man at centre-forward. Pato is now the club’s top goalscorer in the league, with some pundits lobbying for his return to the Brazilian national team.

Osorio leaves the club in fifth place and in the semi finals of the Copa do Brasil.

Personally, I am surprised Osorio lasted as long as he did. He is a quirky coach, famous for scribbling tactical instructions on scraps of paper and handing them to his players during the match. He also keeps meticulous notes on every match and training session, never leaving home without his trusty blue and red pens (blue for positive observations, red for negative) which he keeps inside his socks.

São Paulo’s football media have a tendency to pounce on any such oddity, which made me fear for Osorio’s job security right from the start.

The press did have a field day, but in every interview Osorio showed his honesty and charm, which earned him plenty of slack. Tostão, in one of his twice-weekly columns in a leading São Paulo newspaper, had an interesting theory about the uncommon amount of patience offered to Osorio. “We are just desperate for something new.”

Osorio was certainly something new. His experience in England, Holland, the USA and Colombia meant he arrived in Brazil with a whole host of new and exciting theories. This at a time when Brazilian football is in a phase of inertia, repeating old ideas that never worked in the first place.

Different does not always mean good, however. Some of Osorio’s ideas were certainly more wacky than wise. For example, he refused to call any of his players by their socially accepted nicknames. Pato became Alexandre. Ganso became Paulo. The aforementioned Souza went by his little-known first name, Josef. The coach’s justification was that players responded better this way, “the most important sound to any human being is their first name”.

Osorio is also a firm believer that players should be tested in a variety of different positions. During his time at Atlético Nacional in Colombia, his defence and midfield were essentially a large unit of rotating players. A central defender in an Osorio squad is expected to play at full-back, in defensive midfield, on the wing…

This is a theory made famous by the Ajax youth system, whose youngsters play in several different positions during their formative years in order to develop all-round skills. Such experimentation with established professional footballers, however, is risky and often counter-intuitive.

*- Weeks after giving this interview, centre-back Rafael Tolói was sold to Atalanta, making him the fourth starter to leave São Paulo.