For today’s post, I would like to briefly digress from South American football and instead talk about the appointment of Gerardo “Tata” Martino as the new head coach of Barcelona. Since the Argentinian was first linked with the vacancy, I have been inundated with questions about his character, his style and his philosophy. It seems that he is something of an unknown quantity outside of South America.

Before reading today’s post, I suggest reading this article that I wrote in November of last year, which explains Martino’s footballing ideology in great detail, and Jonathan Wilson’s piece for The Guardian yesterday, which goes deeper into Tata’s history and career.

The main question mark over Gerardo Martino surrounds his approach to the game and how that will translate to the tiki-taka style of Barcelona. Many will remember his time in charge of the Paraguayan national team, or more recently his Newell’s Old Boys side that was crowned Argentinian champions this year. Anyone who saw both of these teams would tell you they played a very distinct style of football.

Martino’s best attribute is his ability to build a strong team out of the players at his disposal. When in charge of Paraguay, he was stuck with an ageing generation without much young talent coming through, so he did what he could and formed a solid, no-nonsense side, geared towards getting results.

At Barcelona, he will have some of the greatest players in the world available to him, so his true footballing philosophy should shine through, as it did at Newell’s.

Martino’s approach to the game has its roots in bielsismo (he was the playmaker in Marcelo Bielsa’s famous 1991 Newell’s team), but with a pragmatic twist and some differences. For example, Tata’s teams mark zonally, which goes against Bielsa’s preference for man marking.

With Martino at the helm, Barcelona should not act any differently without the ball as they have done under Guardiola and Villanova. When he took charge in 2008, Pep Guardiola (himself a bielsista coach) implemented a very similar pressing system to Martino’s.

Where we may see a change however, is when Barcelona have possession. While Guardiola’s approach was to keep the ball, slow down the tempo and toy with the opposition before unleashing lightning-fast breaks into space, Martino follows the three pillars, if you will, of bielsismo: pressing, verticalidad y intensidad.

Barcelona’s “death by possession” style which we have become used to may be a thing of the past. Expect Barça to be more intense and direct under Martino.

As far as individual roles are concerned, Tata is a firm believer in attacking full-backs, but only when they are also able to track back and provide defensive cover. He also likes to have a deep, central player who can initiate attacking moves from the back. For Paraguay, he had the barrel-chested Nestor Ortigoza, while at Newell’s he had Raúl Villalba and when he left, the responsibility was passed to Santiago Vergini, a centre-back.

With Sergio Busquets un-droppable in defensive midfield, it is likely that Martino will again look to a centre-back to fill this deep playmaker role, and there are few technical defenders better than Gerard Piqué. 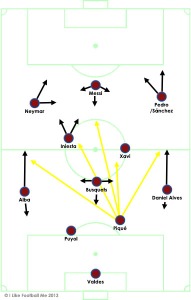 The question remains of what to do with Xavi Hernández. Tata Martino’s 4-3-3 system requires the central midfielders to make darting forward runs and offer a penalty box threat (Andrés Iniesta) and Xavi – a living, breathing monument to tiki-taka – may struggle to find his place in such a role. At 33 years old, his fitness is questionable, but even when at his physical peak Xavi’s style was never about making forward bursts or scoring goals, instead it is about rhythmic, flawless passing and setting the tempo for the whole team.

It is difficult to tell while watching from afar, but Barcelona appear to have made a solid decision in appointing Tata Martino. He may never have managed in Europe before, but he arrives with a winning pedigree and more managerial experience than Frank Rijkaard, Pep Guardiola or Tito Villanova had when taking the same job.

However outstanding they may be, Barcelona looks like a team in need of a dash of fresh perspective and thinking, so bringing in Martino, someone outside of the Barça “sphere”, strikes me as a good move.

Writing in The Guardian’s Sport Blog recently, Jonathan Wilson explored the influence Argentine coach Marcelo Bielsa (and his methods) has had on the modern game. Wilson, author of Inverting the Pyramid and editor of quarterly football magazine The Blizzard, suggests that in recent years football ‘has gone through a process of Bielsafication’.

While Bielsa confronts training ground site managers in the Basque Country, back in his hometown of Rosario one of his former players is spearheading a bielsaissance in the stadium bearing El Loco’s name. The club is Argentine primera side Newell’s Old Boys, and the former player is Gerardo ‘Tata’ Martino.

Martino, who turned 50 last Tuesday, returned to La Lepra this year for the first time since leaving in 1996. Since then he has made a successful transition from playing to management, and encountered great success in Paraguay, winning several league titles with Libertad and Cerro Porteño before taking over the national side in 2007.

Following the dismissal of head coach Diego Cagna, it was rumoured Newell’s were trying to bring back Marcelo Bielsa as his replacement. Of course, this never came to pass, but in Tata Martino they certainly got the next best thing. END_OF_DOCUMENT_TOKEN_TO_BE_REPLACED 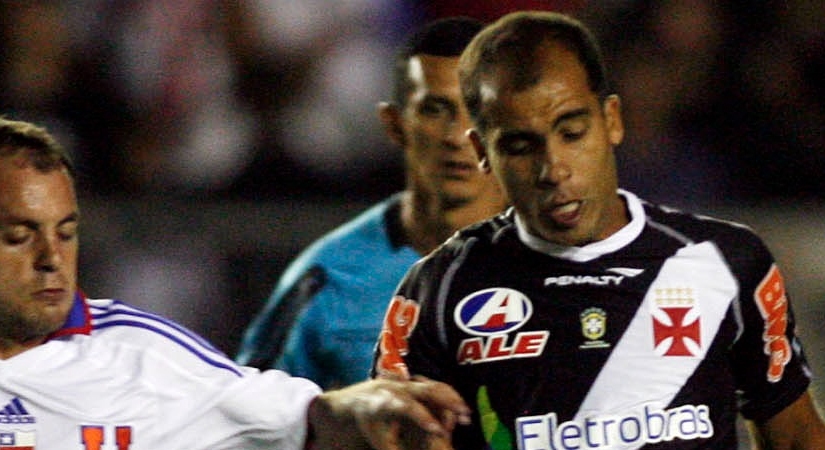 The Copa Sul-Americana (or Sudamericana in the Spanish-speaking majority of South America) is a rather odd tournament. It is highly under-valued all over the continent, but particularly in Brazil, where the midweek games at key points in the tournaments are seen as little more than unwelcome distractions. For example this year, when São Paulo, Botafogo and Flamengo were eliminated in the space of 24 hours at the last-16 stage, there was some immediate surprise, but it was very quickly forgotten.

Think of it as the South American version of the Europa League, but with considerably longer travel times.

The tournament got a little boost in the past few years after CONMEBOL decided to award an extremely valuable place to the following year’s Copa Libertadores group stage. As a result, a number of the continent’s ‘lesser’ sides shifted their focus towards the Copa Sul-Americana and away from their own tough domestic campaign, in search of an ‘easy’ route into the Copa Libertadores.

However a close look at this year’s semi-finalists reveals an intriguing anomaly. All four of the teams still alive in the competition are already guaranteed (or almost guaranteed in Liga de Quito’s case) qualification to the 2012 Copa Libertadores through their own respective domestic successes. Does this mean the Copa Sul-Americana is becoming more and more important to South America’s big guns? Quite possibly. END_OF_DOCUMENT_TOKEN_TO_BE_REPLACED